This article was originally published in the Journal of Commerce on June 6, 2018. 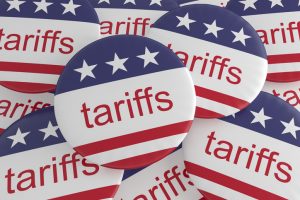 It’s difficult to imagine precisely what Washington’s end game might be with the recent imposition of tariffs on Canadian, Mexican and European steel and aluminum imports.

When the U.S. administration initially floated the idea in the Spring of 2017, it did so on the grounds that the death of manufacturing in the U.S. posed a threat to national security interests. At the time, few observers believed national security interests were really at play, with most speculating it was simply a populist administration attempting to find a convenient legal loophole to push through a “Buy American” agenda.

By the time the tariffs were formally announced in March 2018, along with exemptions for countries that represent the bulk of U.S. steel imports, speculation had shifted to the U.S.-China trade rift, with many believing the President and Commerce Secretary Wilbur Ross were sending a message to China that the U.S. means business when it comes to ethical trade practices.

Others speculated the tariffs were a timely means of forcing the hands of Canadian and Mexican NAFTA delegations to wrap up trade talks so that the current Congress would have the opportunity to approve the revised trade deal before the completion of its term in December.

Still others speculated it was Washington showing it would take a carrot-and-stick approach to trade talks with the EU.

All these hypotheses may still be valid, but achieving these goals seems far less likely today than it did before the exemptions were lifted on May 31st.